In the framework of the agroBRIDGES project, a report on Good Practices (GPs) has been produced where the most relevant good practices, success cases and opportunities related to Short Food Supply Chains (SFSCs) across Europe are highlighted. The report is an attempt to address the general and specific barriers encountered by producers, consumers and intermediaries in the implementation of SFSCs.

In order to compile GPs related to the agroBRIDGES project, a process flow technique known as the experience capitalization cycle has been used to identify and proof practices as ‘good’. The process involves five steps namely: (1) Taking the appropriate time to reflect on the practice under investigation; (2) Assessing experiences and lessons learned; (3) Capturing; (4) Sharing and (5) Implementing GPs by the end-user.

A total of 51 Good Practices have been identified and collated from SFSCs in Denmark, France, Greece, Italy, Latvia, Lithuania, the Netherlands, Poland, Turkey, Finland, Ireland, Spain and other international representations across Europe. An analysis of the 51 identified Good Practices reveals that 22 Good Practices were obtained from SFSCs that sold produce directly to consumers while 18 came from chains that involved intermediaries. Four Good Practices came from entities that served dual functions as direct sales outlets and intermediaries while seven were classified as ‘other’. In addition, the majority of the Good Practices fell within the first theme – Mutually beneficial Good Practices, followed by the second theme – Education and awareness raising practices.

Word frequencies analysed from the collected Good Practices templates suggest that a lot of the practices were associated with food, with vegetables and meat being the most common food groups mentioned in relation to Good Practices. The analysis also reveals producers as the main actors considered in the practices collected, while many of the SFSCs appear to embrace an environmental ethos and collaborate with each other. Most Good Practices (27) also corresponded to needs concerning access – with access referring to both consumer access to SFSC products and producer access to markets. GPs relating to engagement (primarily producer and consumer engagement) were the next most frequently collected (13 GPs), with the GPs largely tackling the issue of the producers’ ability to connect with consumers. The third category of GPs corresponded to needs relating to economic value for producers and consumers (8 GPs).

The scoping of good practices and success cases is intended to form part of the ‘Yes, you can!’ tool, that will be included in the agroBRIDGES Toolbox. Prior to that they will be evaluated and ranked at regional and pan-European co-creation workshops, enabling the co-design of potential solutions to SFSC challenges. They are also recorded in an interactive catalogue, which will be shared on the agroBRIDGES public website. 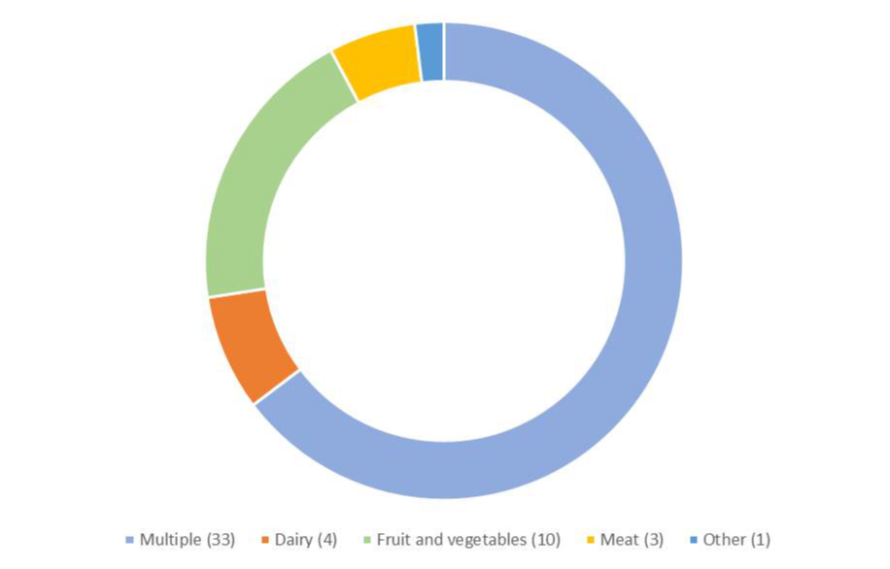 Food products featured in the collection of Good Practices

This site uses Akismet to reduce spam. Learn how your comment data is processed.